Hey, gang. I just returned from the 75,000-strong Coachella music festival. And I’m here to confirm, while the concert was great, AT&T’s iPhone coverage was abysmal. My group’s attempts to communicate with each other met with complete and utter failure. For example, at 7:39pm (in the hopes that we could hook up to see Them Crooked Vultures), I texted a similarly iPhone-equipped buddy, “Wanna meet at the purple origami crane at 7:50?” He received my missive five hours later, long after we were safely ensconced at camp enjoying a beer. While hilarious in retrospect, it meant we missed each other all evening long.

But hey, enough off-topic bitching. (After all, what iPhone user doesn’t already know that AT&T’s coverage sucks?) Today’s post is about something infinitely more satisfying, a major new feature in Photoshop CS5.

This particular feature is the revamped-from-the-ground-up HDR Pro. Like the Merge to HDR feature in Photoshop CS4 and earlier, HDR Pro lets you combine two or more exposures of a single scene into an impossibly rendered composite, complete with wide-open shadows and richly detailed highlights. The big difference: Unlike Merge to HDR, which is about as easy to control and difficult to predict as an iPhone conversation, HDR Pro offers superb controls and delivers reliable results.

In today’s video, I demonstrate HDR Pro and its essential Remove Ghosts option using a series of photos captured on a bright snowy day inside a dimly lit barn. The first image below shows a single exposure that I shot with an Olympus E-3 digital SLR; the second image is eight exposures from that same camera combined with the new HDR Pro.

Enjoy HDR Pro today. I’ll get you pics from Coachella sometime in the near future. 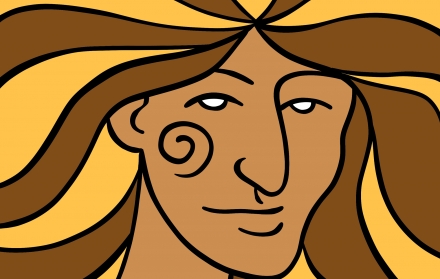 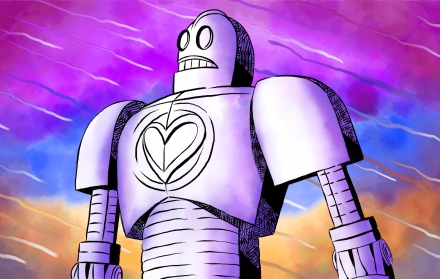 Deke finishes his robot portrait by separating our hero from his background with layers in Adobe Fresco. 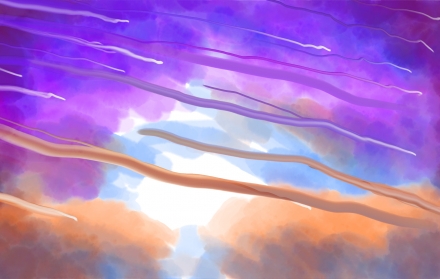 Deke paints some legitimate watercolor and oil backgrounds for his completely made up robot in Adobe Fresco.

Introducing Adobe Fresco for the iPad

Deke and his robot friend explore the magic of the new Adobe Fresco painting and drawing app.