In this week’s free Deke’s Techniques episode, Deke begins the story of how he came to dreamily capture a leopard seal that we encountered in Antarctica.

And while we did, in fact, carry two DSLR bodies, a few random lenses, and Deke’s entire underwater housing apparatus to the remotest continent on Earth, it just so happens that he did not have that set-up when the opportunity arose to jump in to 30° F (-1° C) iceberg-strewn water with a leopard seal.

It goes like this, we came up from a dive in frigid waters that mostly featured a large iceberg and several thousand tunicates. Our guide, Peter, was rushing us back into the Zodiac because the other boat full of divers had been “playing” with a lone leopard seal for several minutes, and he wanted us to have a chance to check it out.

So we get everyone in. It’s not the easiest task for Peter, who has to help drag divers back on board, a task that some of us (that would be me) flail at exceptionally, and speed over to where the other divers are in the water with snorkels cavorting with one of the apex predators of the Southern Ocean.

The guides, Peter and the driver of the other boat, are meticulously watching the animal to ensure the entire experience doesn’t go from “animal encounter of a lifetime” to “leopard seal bites off limbs three days from the nearest trauma center.” So I decide to stay on the boat. I don’t want to be the girl who either a) is the last one out of the water when the seal gets feisty or more importantly, b) keeps Peter from rescuing someone else while he drags me back on board. But Deke grabs the goPro and jumps in.

The result, is that this frame from the movie he shot: 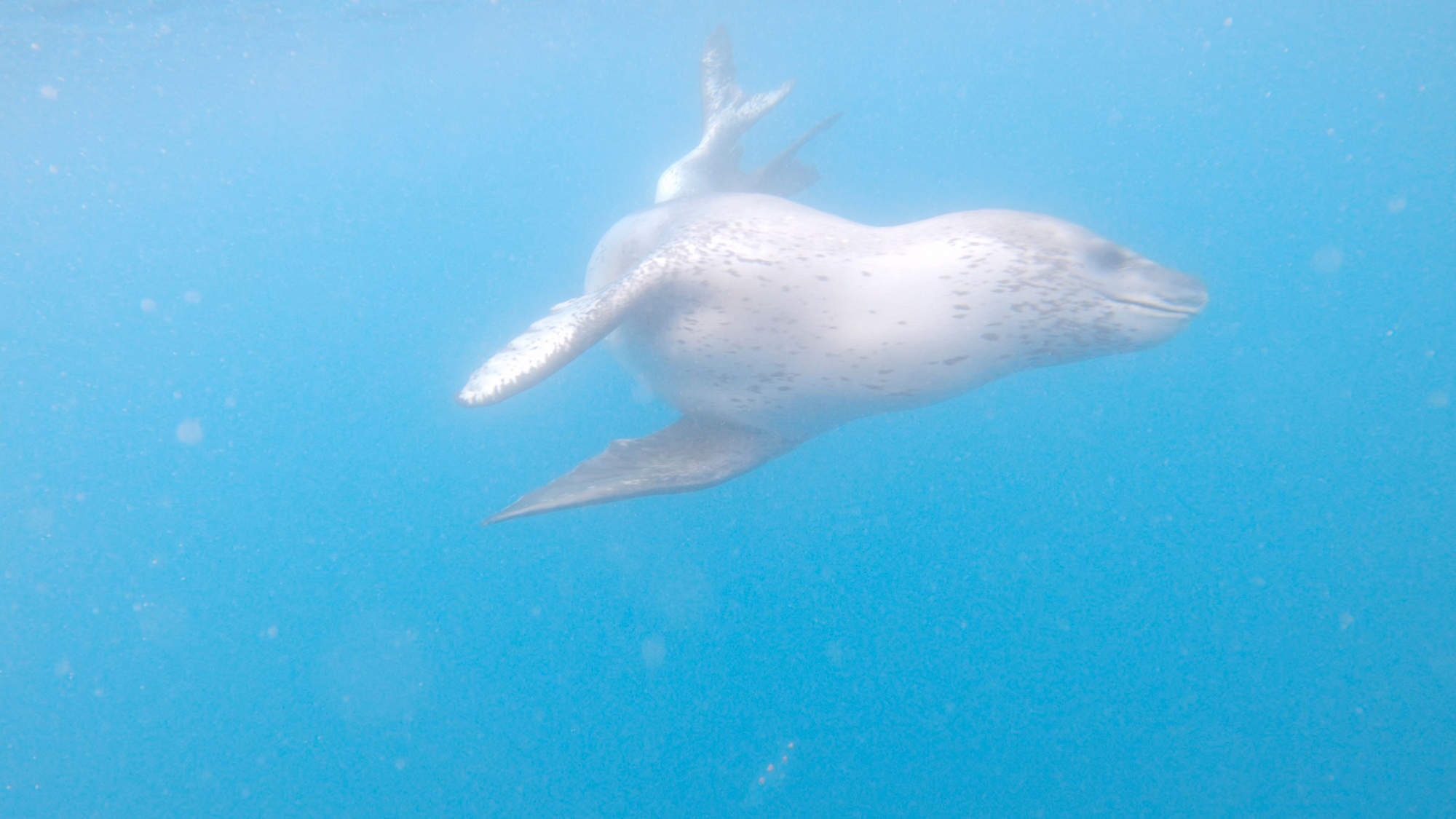 Eventually can become this, after some adjustments in Photoshop/Camera Raw, notably with the right Clarity, Texture, and Dehaze adjustments: 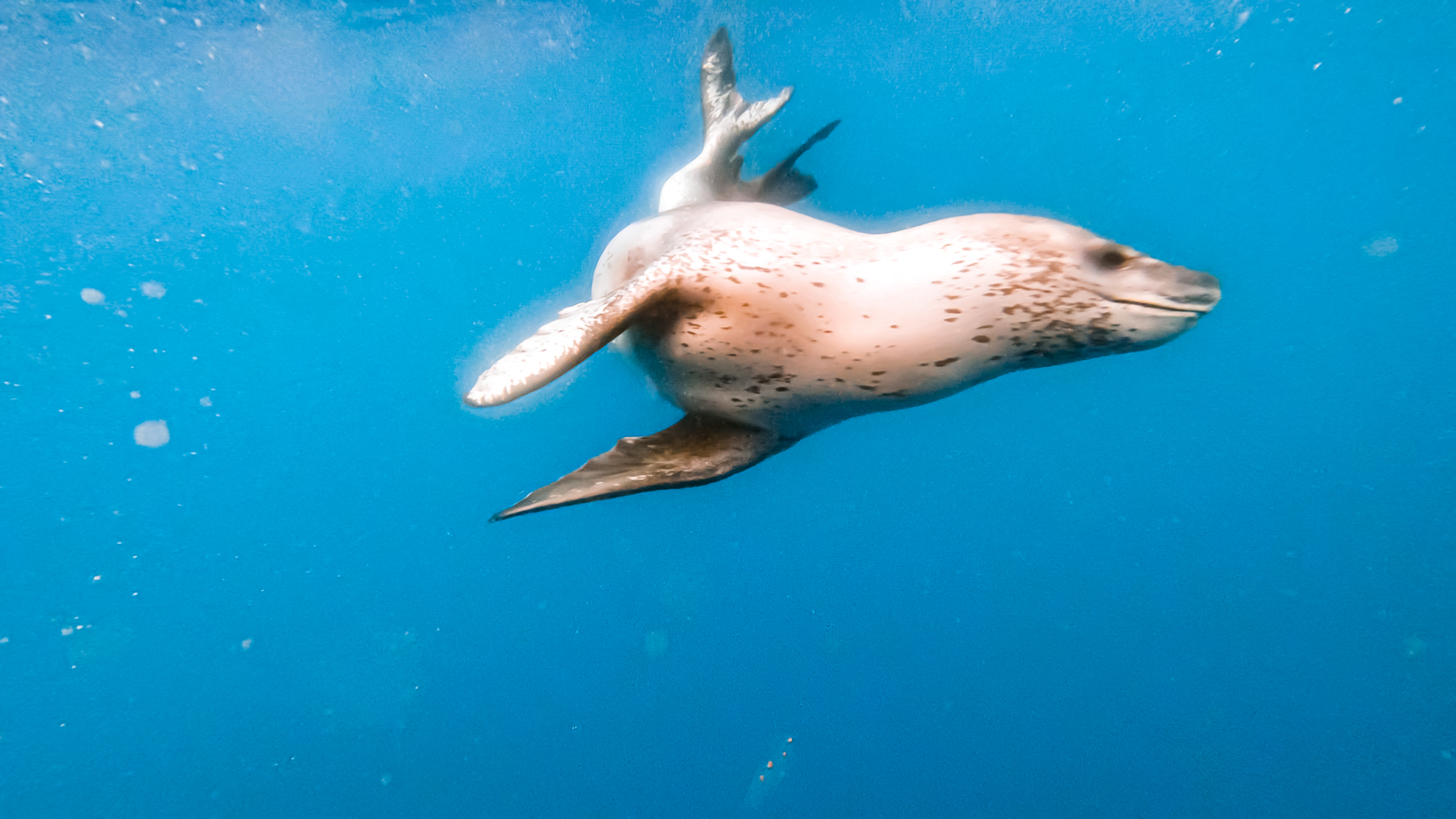 Which isn’t bad for a spur of the moment lifetime experience. But it will get better.

If you’re a member of LinkedIn Learning, then Deke’s got an exclusive follow up movie in which he shows you how to “adjust” the composition using Content-Aware fill to fill in the gaps. And next week, you can see how badass undersea photographer Becky Kegan Schott inspired Deke to keep going with his digital painting.

Deke’s Techniques, ready to jump in the freezing water at any moment.

Next entry:Two Images are Better than One