In this week’s free episode of Deke’s Techniques, Deke takes an "imaginary" logo (except it’s totally based on the former United Pixelworkers logo), and rotates it around in a star shape (like, uh, the United Pixelworkers used to do because they were awesome).

For reference, there was once a company named United Pixelworkers that made awesome t-shirts for designers and other pixel-wrangling nerdistas. Alas, understandably, they had to change their business model and are now defunct-ish as far as awesome t-shirts go, but this was their logo:

And here is my favorite shirt I ever bought for Deke from their site (designed by an obviously cool dude called Evan Stremke): 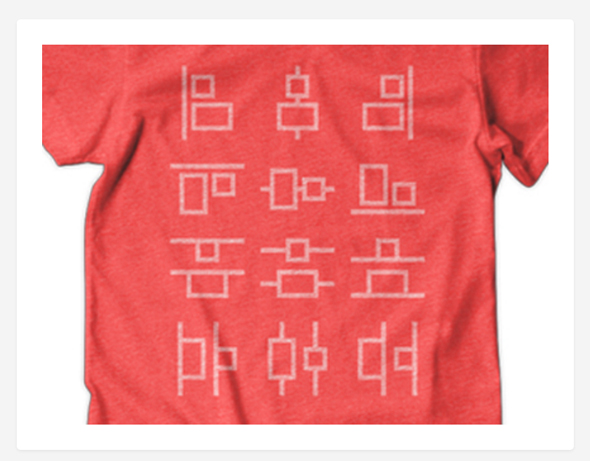 Anyway, Deke starts with the logo of an imaginary company that likes the letter J:

...and spins it around in a circle in Illustrator using the Rotate tool, custom guides, and even a bit of Shear.

If you’re a member of Lynda.com, you can even see how Deke added those shadows and white border in this week’s exclusive movie.

Not a member? You can get a free 10-day trial by spinning on over to lynda.com/deke.

(By the way, the Illustrator One-on-One: Advanced course that Deke mentions is being finished up this week. So, be on the lookout in a month or so. We’ll be sure to let fans of Deke know when it’s fully cooked.)

Deke’s Techniques, spinning the logo of awesome but now defunct companies in circles!

Next entry:Create Chromatic Type in Illustrator

Previous entry:Blending Multiple Shots to Better Frame a Photo (of an Octopus!)