Deke tells me that airing our first clip show means we’ve really arrived as podcasters. Yeah, either that, or were working on a new book from scratch and we don’t have time to sit around sipping martinis because dekePeeps (TM Petra) need their Illustrator One-on-One! But this week, our intrepid bandleader, Buddy, put together some clips from some of our favorite shows from the early days (way back in 2009) of our show. And we did find time to pour ourselves each a respective drink, take off our respective shoes, turn on our respective Skypes, and listen to the clips together and laugh. Whether we chuckled because we were truly amused by past ourselves or the laughter was a smokescreen for our embarrassment of our early performances, we’ll never tell. We’re veterans now. This show proves it.

Here’s a run-down on the clips included, the shows from whence they came, and what the passage of time has taught us.

First up, is a bit from Episode 006, about using Adobe terminology or dekeTerminology when referring to Photoshop and other CS features. And by bit I mean, whatever happened to “He Said, She Said?” Given the number of times I was right, why did I abandon this segment? Also, in since the recording of this episode, Deke has totally caved on calling them “panels.”

We also get a little look back into Episode 029, where Deke is talking about his Photoshop Top40 Episode #34: Save for Web and Devices. If you don’t use that feature, it’s worth listening to that show to find out why. Thinking in retrospect nugget from this episode is that I think we predicted the iPad. ‘Cause we’re some kind of techno psychics, no doubt.

Next, up in our stroll down the olive-strewn memory lane, is a discussion from Episode 016, in which Deke berates me for his misperception that I keep important documents (like copies of this show) in my Trash folder. I routinely do not, for the record. However, I am ruthless about tossing things I know I can easily replace. (Hey folks, it’s why we asked Buddy to put this compilation together, you know you can go find old intact episodes, even ones you may have deleted from your harddrive. It’s the splicing that makes it special!)

Finally, we get to hear our old friend Dragan (he who fools all but the Serbian censors and threatens to the defilers at the end of our show every week) from Episode 013. Dragan reads a question about opening files that include pictures of currency in Photoshop. This is definitely one you should go to listen too if you want to use currency in artwork. Speaking of which, when I went to put together the graphic at the top of this post, it turns out Photoshop CS5 will not open a flattened file that it construes to be money. It will link you to a website for more information. And it will open a PSD in which that very same file has been imported (in CS4 where the file does open) as a layer. Interesting, unless you know, it’s late and you’re trying to create a composition on deadline for your clip show.

Join us for this trip to lounges past, won’t you? Here’s the regular-quality audio file. You can stream, or for best results, right-click and choose Download or Save. Here’s the high-res version; you’ll want to download rather than stream. And don’t forget our usual plea to subscribe via iTunes.

Thanks Buddy for the great splicing and dicing! And by all means, we’d love to continue to hear, dekeIstorians about your favorite (or maybe not so much) episodes.

Next entry:The Power of Multiple Martini Transformations in Photoshop 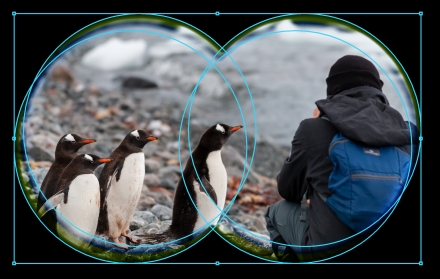 Deke considers the benefits and pitfalls of using a keyboard shortcut to turn of paths and shape handles when you're trying to work in Photoshop. 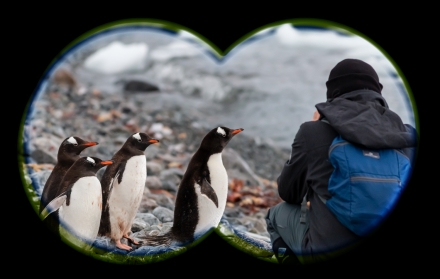 Peering through Binoculars in Photoshop 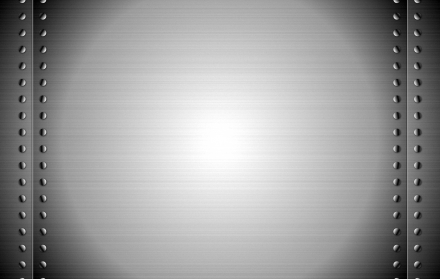 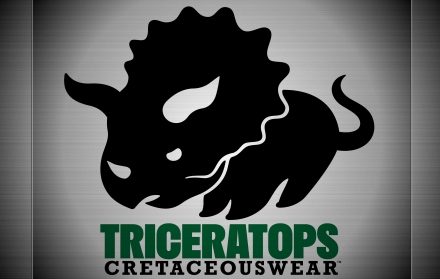 Deke uses Adobe Illustrator to create a brushed metal effect out of nothing but pixels.